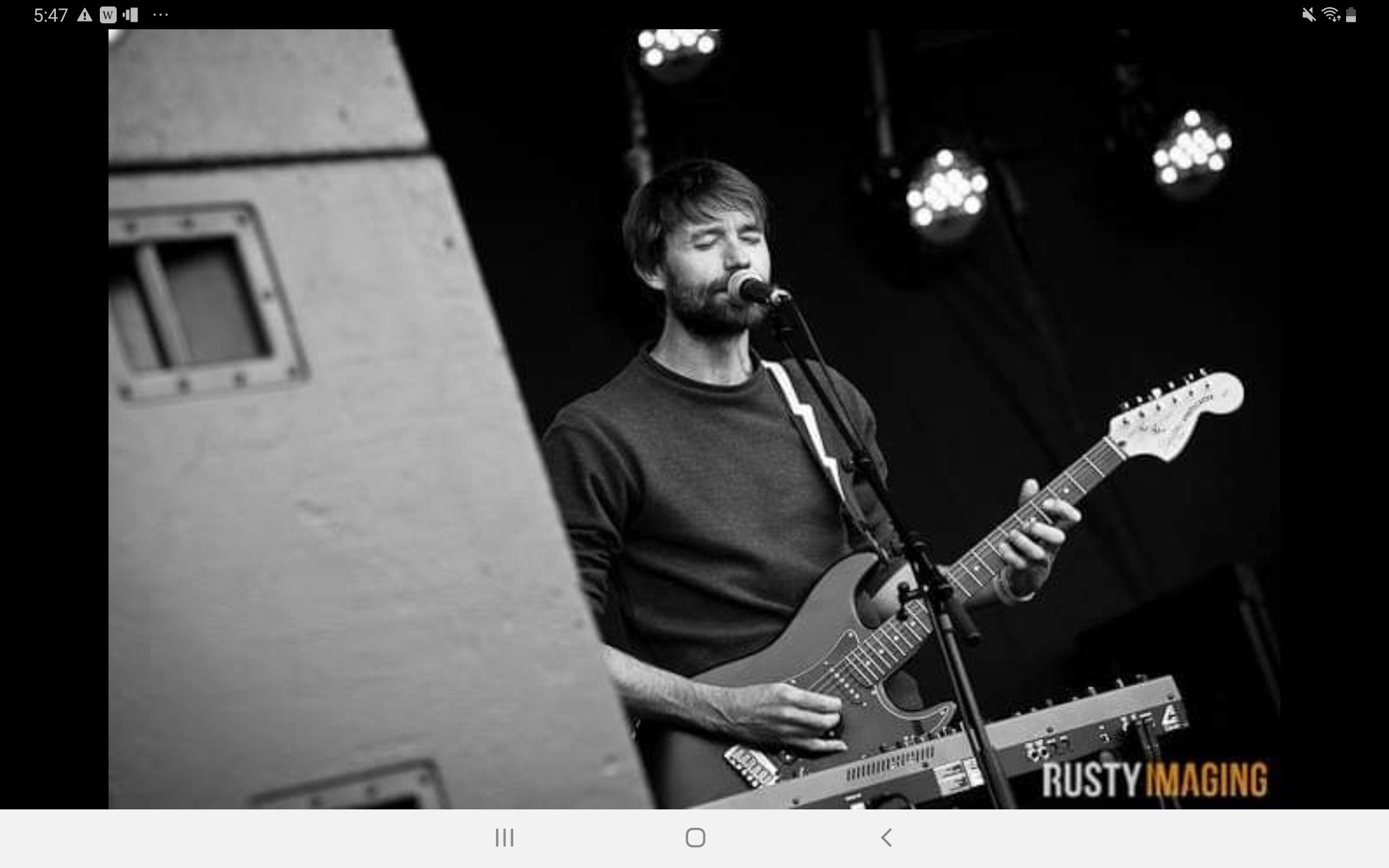 Adam first played for psl over 20 years ago and has played for psl countless times since, first at The Stalls Bar then at Milans Coffee House in Harrogate. He has played solo and with his bands, Nothing (meandering folk-pop) and Kung Fu Rabbit as well as a part of several other bands including The purple Mushrooms (psychedelic rock), Scapegoat Kelly (funky hip-hop), The Paul Middleton Band (rootsy blues) and Birdman Rallies (intelligent, playful pop) but, he has never before played here at Treyarnon Bay and we are very excited to see and hear him again.

He is a multi instrumentalist with a voice that ranges from the most soft and gentle to at times a grungy gnarly growl. He now leads the band Oscilantern but you will be able to see him playing here solo at his most intimate.

Adam moves from sounds that resemble Nick Drake to Donovan. With his eclectic influences, he combines djembe, harmonies and layers with loop pedal, creating a huge sound for one person. He plays original material and songs that have inspired him from over the years.