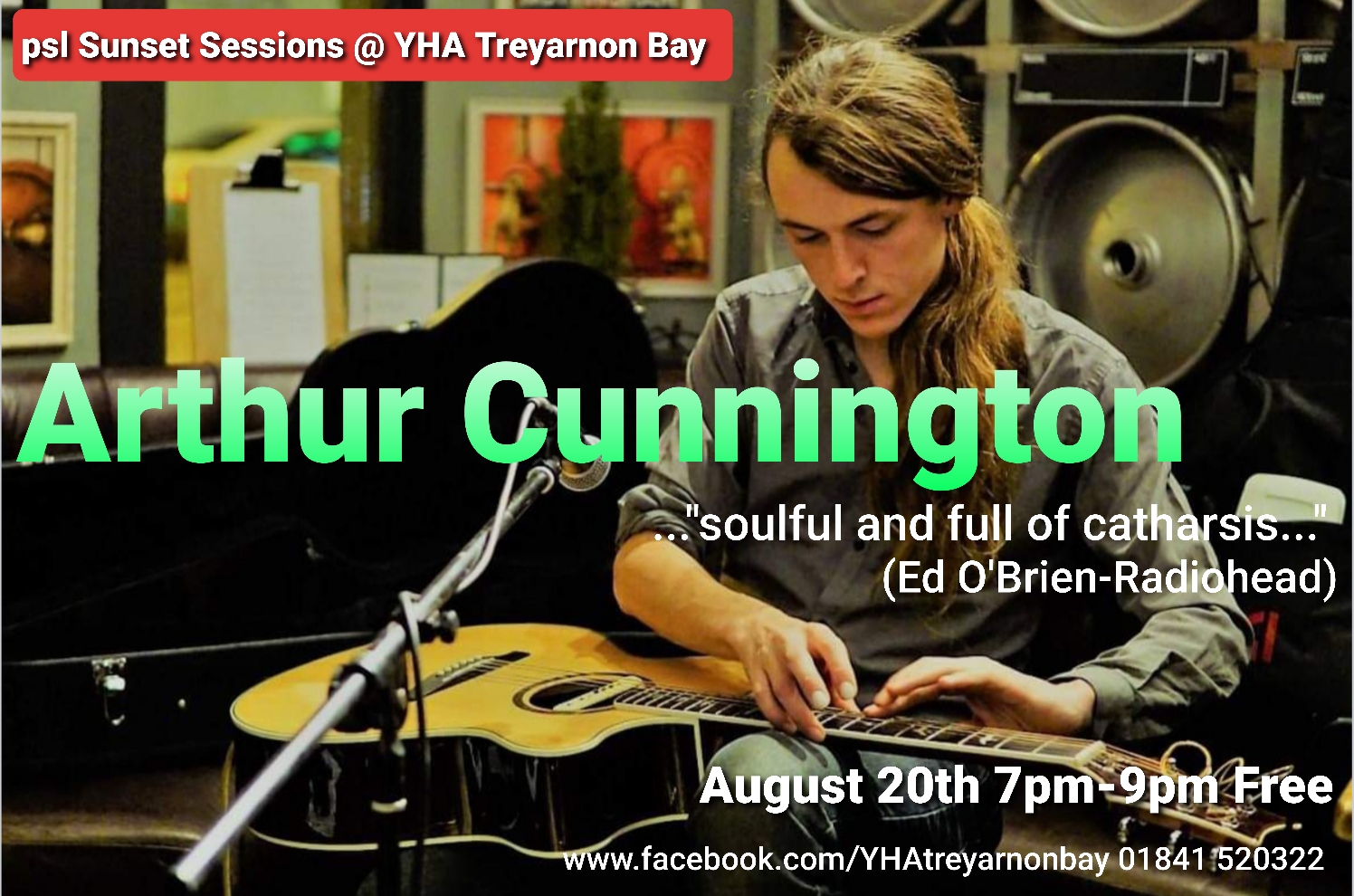 Another Treyarnon Bay regular, we couldn’t have a season of music without him, the splendiferous maestro, Arthur Cunnington.

Arthur Cunnington is an award winning singer-songwriter; inspired by the likes of Newton Faulkner and John Martyn, he has steadily carved out a reputation in Cornwall and the South West as someone to watch.

Performing on the same bill as The 3 Daft Monkeys and The People’s String Foundation, Arthur has garnered praise from fellow musicians and audience members alike.

Primarily known for his ‘innovative and virtuosic’ guitar playing, Arthur is also recognised as a stunning lyricist and a consummate musician, having studied under many respected artists such as Thomas leeb and Martha Tilson.

“One to watch” – Melton Times