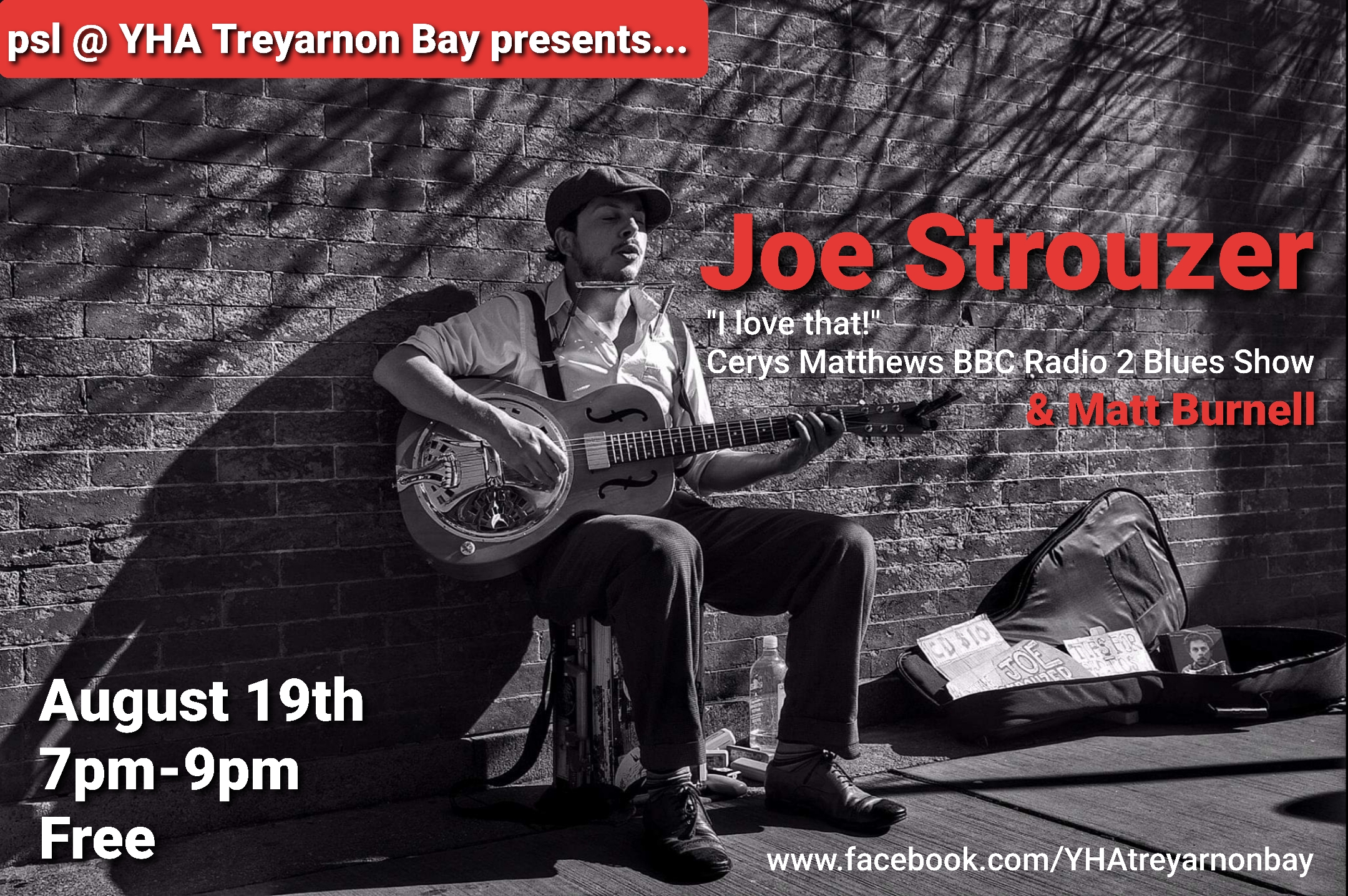 Joe Strouzer sings songs from his travels from Newcastle to New Orleans and a hell of a lot of places in between. His driving resonator guitar is coupled with true harmonica voodoo and biting songwriting of modern trouble, heart pains, moonlit trysts, drinking and devilment, peppered with a rich history of blues.  On harmonica Joe was picked as London’s best busker by Vice Magazine, has supported the late blues guitar legend Johnny Winter and performed all over the UK, Europe and USA including London’s Royal Festival Hall, Divan Du Monde in Paris, Made In America Festival in Los Angeles and Glastonbury Festival.

2015 saw the release of his studio debut, Bottle Broke, with 9th Ward Tape, a collection of old blues and traditional American songs following in summer 2016, recorded straight to tape in New Orleans, Louisiana.  In 2020 during lockdown Joe Strouzer is releasing a series of self recorded EPs with the support of Arts Council England, May, June & July are out now.  Joe Strouzer’s new LP, Newcastle To New Orleans will be released 20th May 2022, pre-order at joestrouzer.bandcamp.com

“Where in the world did a limey kid from the U.K. get the nerve, and the talent to sing the blues like he had roots in the 1930’s Mississippi Delta. I am happy to know that Joe Strouzer has the soul and the talent to keep the blues alive” Leroy Martin, Swamp Pop Legend and Louisiana Board of Music.

“The only British guy I’ve ever liked”  Blind Texas Marlin

Matt Burnell, ‘The Staff save the Day’ regular, is back. He recommended Joe Strouzer to us so we thought it would be great to have him play support. Matty plays a range of  instruments so we’re never quite sure what he’s going to do…last time he played, I heard the essence of Leonard Cohen, one of his biggest influences, but who knows what might happen this time…Having just played his first festival we are very happy to welcome him back.