Sunset Session with The Speedgums 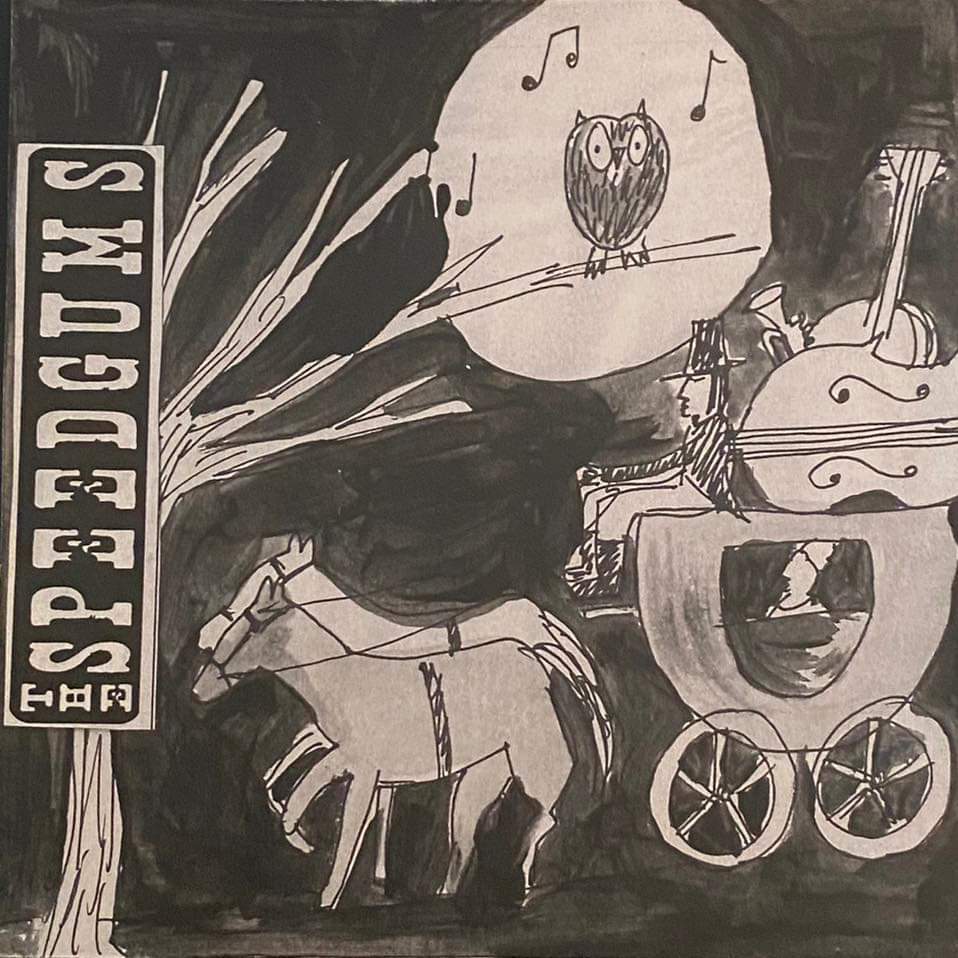 The Speedgums are a high energy and soulful three-piece band from Hay on Wye consisting of double bass, banjo, ukulele, trumpet, flute, harmonica and kazoo. They play mostly Americana and old-time songs from the 20s and 30s, country, blues and jazz.

They are a trio from the Welsh Marches. On standup bass, vocals and kazoo is Rich. When starting the Speedgums, Rich and Brad had no particular style in mind, other than bass and ukulele sounded good together.

On five and four string banjos is Brad, also playing ukulele and acoustic guitar. Brad plays a mix of styles from Ole Time to Claw Hammer. He started listening to Hank Williams on the radio as a child, and just always loved that Country style. He really likes writing tunes for the group which flow – maybe something to do with having a famous Irish Harpist as an ancestor.

Thomasin is the girl in the band. Coming from an Irish traditional background, she plays cornet, harps, washboard and flutes and she sings.

The band all write songs based on their own experiences. Thomasin wrote “Travellin’ Girl” which is about when the band travelled around for a year, doing gigs and staying in their camper van. Rich’s bass playing is the rhythmic beat behind the vocals.

The band choose songs from the 1920’s to cover, “St. James Infirmary” and “Root Hog or Die”. These songs are cheeky and irreverent. All this adds up to an unprecedented mix of “in the moment songs and tunes”.