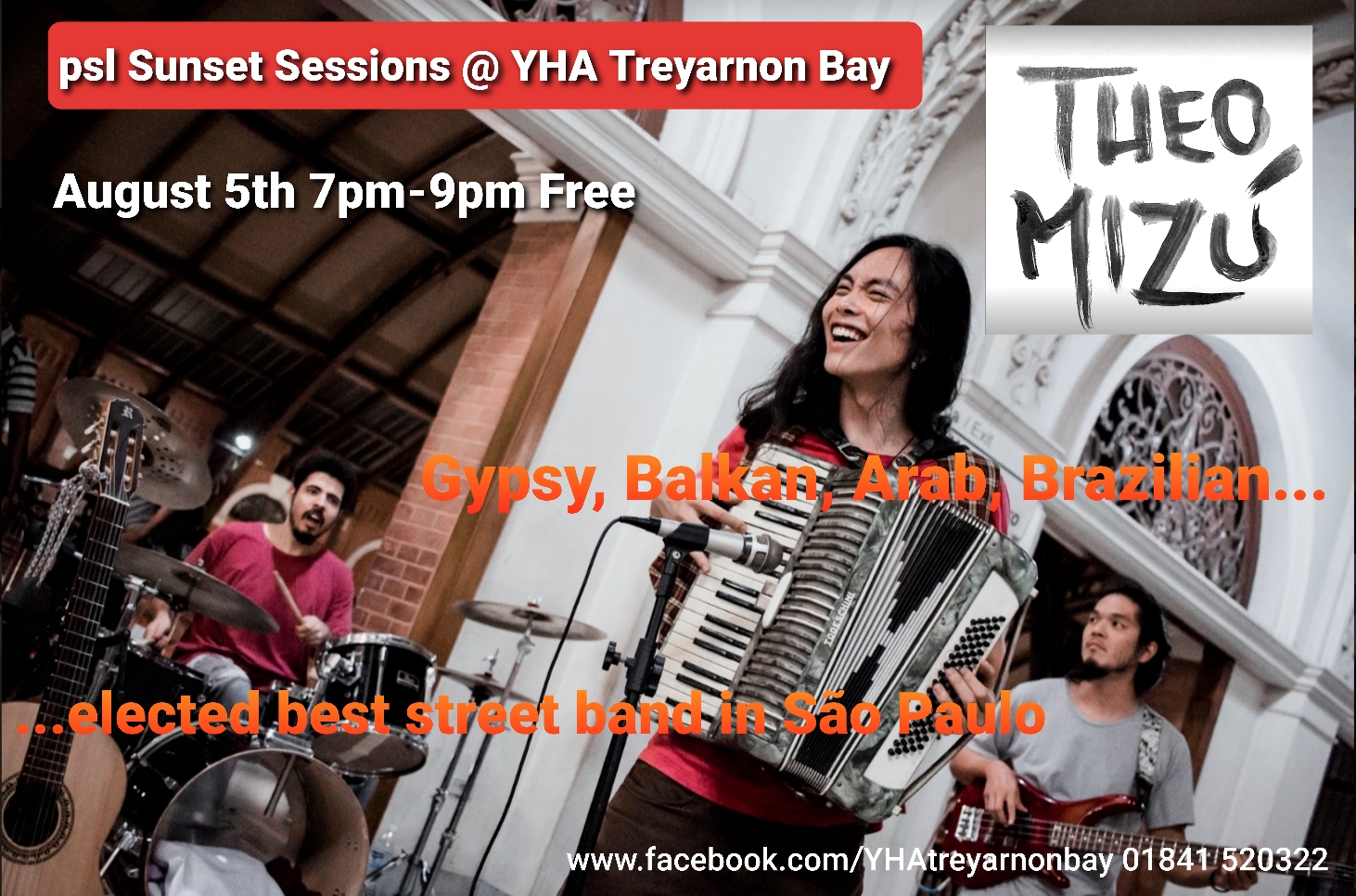 We are thrilled to announce Theo Mizú and Banda’s debut appearance at Treyarnon Bay. Originally from Brazil but with an eclectic mix of worldwide influences, don’t miss ‘em.

With a fusion of eastern and western musical references, Theo Mizú & Banda features an original repertoire that is danceable and universal, promising to captivate all who listen.

With a dream of traveling and his love for music, Theo has chosen the world as his home. He has spent years travelling with his music, getting in contact with diverse musical and cultural influences and performing in festivals and venues all around the world.

Using music as an universal language, Theo offers, through diverse melodies and instruments, a deep sensorial experience to his listeners.  Lavishing energy and charisma, the group offers a journey around the world through music.

The project was elected the Best Street Music Band in São Paulo, and has already played in many international festivals and venues around Brazil, Europe and Asia.