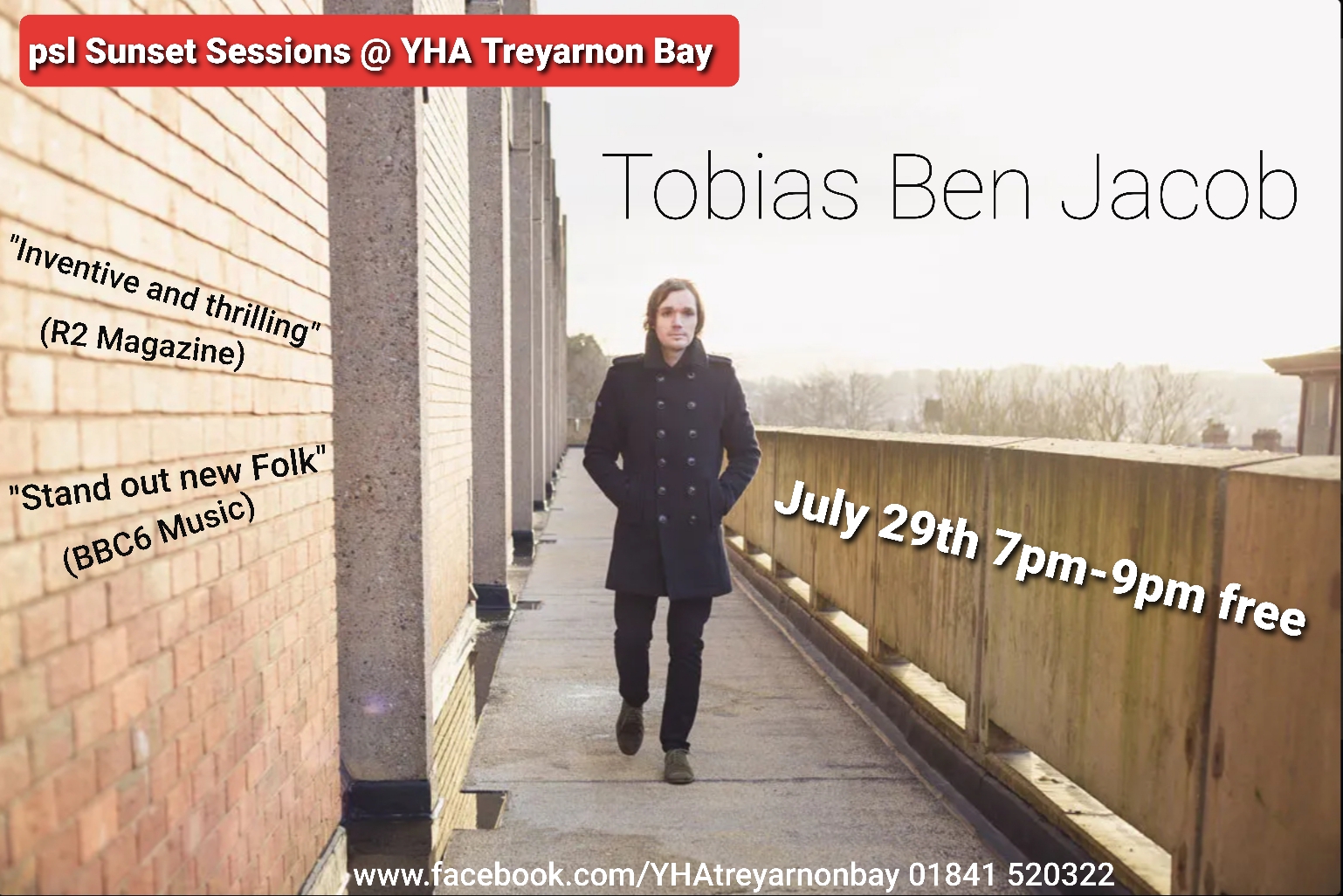 Tobias has been a regular at the hostel since the beginning, the last time was the most magical; in the dark, by a fire to a captive audience. Each time is different, each time is beautiful, hope we see you here.

In 2014 he formed a duo with Lukas Drinkwater, garnering airplay and kudos from Fresh On Net, BBC 6, Radio 2 and BBC Introducing among others.  The 2017 full band album ‘A Polyphonic Life’ featured an all-star line-up with John Elliott and Tim Heymerdinger of The Little Unsaid, Emily Barker, Phillip Henry (Edgelarks) and Lukas Drinkwater.  Two songs from the album featured in ‘Tomorrow’ directed by Martha Pilson with Martin Scorsese as Executive Producer.

In 2020 Tobias released Refuge, a vibrant new album of electronica-tinged story-songs inspired by people at the heart of the global refugee crisis.  The inspiration for the album came after Tobias made contact with Zekria Farzad, an Afghan refugee and former journalist who had set up the Wave of Hope For The Future School at Moria Refugee Camp, Lesbos. Talking with Zekria and hearing some of his incredible accounts of courage and hope during a hellish struggle to find a place of safety for his family, Tobias set out to try and explore more of these inspiring human stories through his songwriting.  “…Refuge is an incredible album, full of masterfully crafted tracks…” (Adam Jenkins – Fatea Records)