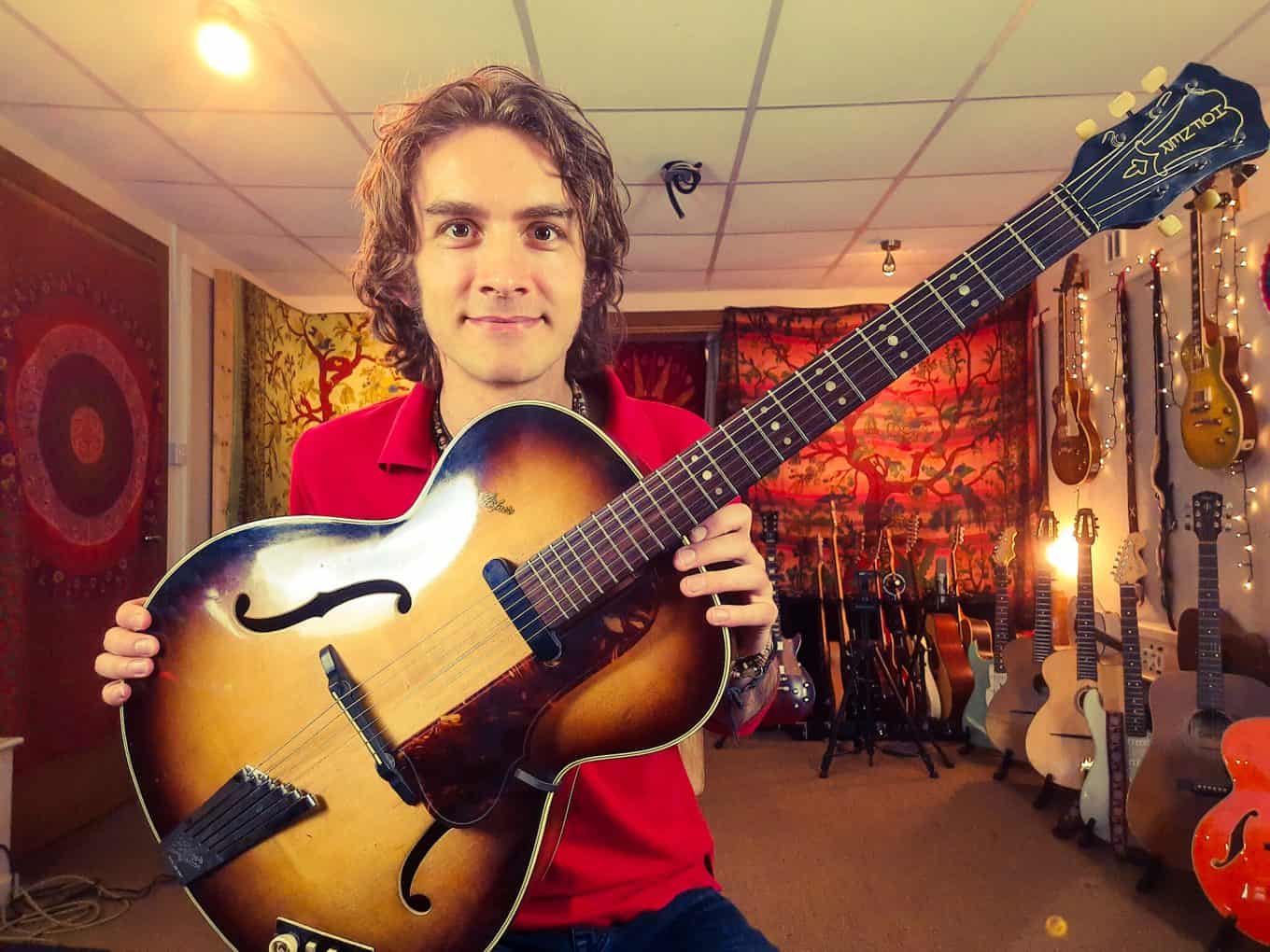 The Remi Harris Jazz & Blues Project is coming to Penzance and will be appearing at The Acorn on Thursday 18th November as part of Remi’s rescheduled autumn 2021 tour.

One of the UK’s most exciting Jazz and Blues guitarists, Remi Harris has a growing international reputation for blending all of his influences into his own individual style of playing. Remi’s performance will feature a variety of acoustic and electric guitars, and he will be joined on stage by long term collaborators Tom Moore on double and electric bass, and Shane Dixon on drums.

Remi’s unique style draws inspiration from artists such as Django Reinhardt, Jimi Hendrix, Wes Montgomery and Led Zeppelin. He has performed at some of the most renowned events and venues in the world, including the Montreal Jazz Festival, Buckingham Palace, BBC Proms at the Royal Albert Hall with Jamie Cullum, on BBC 4 Television and live on BBC Radio 2 & 3. The ease and warmth of Remi’s stage presence, together with his virtuoso talent, will have concert goers captivated by his passion for the guitar.