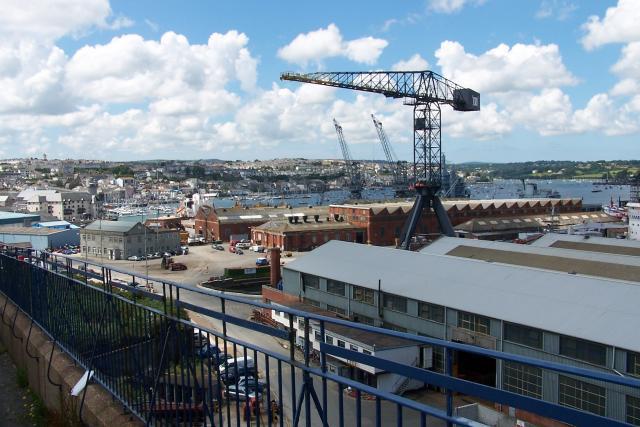 AS many as 20 dock workers are said to have been suspended and could be facing the sack after they allegedly failed random drugs tests.

Workers from Falmouth Docks are thought to have been tested over concerns about drug use while working at the docks around ten days ago.

Following the results of the tests, A&P Falmouth is reported to have suspended the men, with the usual outcome of a positive drugs test being instant dismissal for gross misconduct, meaning many face losing their jobs around Christmas time.

The Packet has been told that around 100 men were randomly tested at the docks. An outside company is said to have been brought in unannounced and told the men that they had to take a urine test or they would be sacked anyway.

Out of the claimed 100 men who were tested, 20 men allegedly tested positive for cannabis and cocaine and were told they were they were immediately suspended prior to dismissal.

A spokesperson for A&P neither confirmed or denied the drugs tests had taken place but said they never comment on disciplinary issues involving employees at the company.

The partner of one of the men tested and suspended claimed it was only 30 men who had been targeted and pleaded for understanding saying the pandemic had placed a strain on the men’s mental health.

Posting in the Packet comments below she claimed: “My partner is one of the mentioned guys suspended from A&P.

“The place is a shambles, there was only around 30 guys selected to take a drugs test not 100 mentioned.

“Certain men who took the test smoked cannabis on the morning of the test and managed to pass with it not showing up at all.

“These man have all managed to keep their jobs over Christmas whereas the others have been treated disgusting.

“These men have mostly worked seven days a week over the last year during the pandemic with no support whatsoever putting their families and their lives at risk.

“Mental health has deteriorated and unfortunately this contributed to many turning to cannabis etc.”

She added: “These men shouldn’t be made out to be criminals, whilst a majority of people have been at home furloughed this year they have been on the front line working ridiculous hours, long days weekends without seeing children and partners to support families through this horrendous time. Please don’t judge, put yourselves in their shoes.”

One man, who did not want to identified, told the Packet that one of those suspended is ‘devastated’ that he now faces losing his job at Christmas.

“He told me ‘I think I’ve lost my job’,” he said. “They all got drug tested unannounced. They just appeared and got everyone to give them samples. Around 20 of them were positive.

“He’s devastated. He’s worked there a long time, but this is a dangerous working environment.

“They went out among the workers. There were 20 of them testing positive.”

Judgement can be severely impaired if work is carried out under the influence of drugs – particularly dangerousin industrial environments.

A survey of 650 businesses based in Cornwall and the Isles of Scilly has revealed how they have embraced change during the coronavirus pandemic. Falmouth Packet | News …

Some of Cornwall’s most notable rule breaches by people with Covid have been revealed. Falmouth Packet | News …