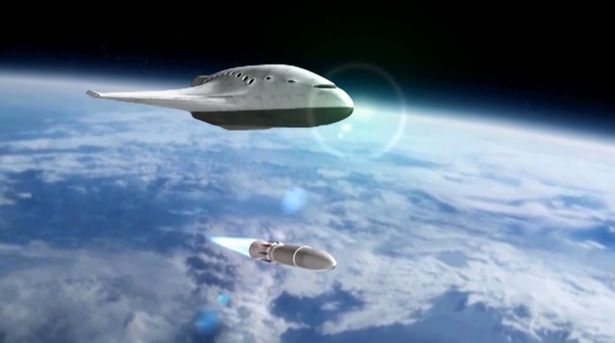 Groundbreaking Spaceport agreement means space travel could take off from Cornwall
The facility at Cornwall Airport Newquay will initially launch satellites but could eventually host space tourism flights with Richard Branson’s Virgin Galactic, with 480 jobs and £25m promised for the county 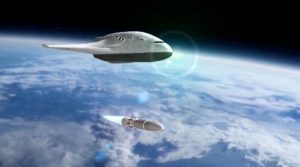 Space launches could be taking off from Spaceport Cornwall within just three years after an agreement was reached with Richard Branson’s Virgin Orbit.

It means that Spaceport Cornwall will be the horizontal launch spaceport for the UK.

Announced today at the Farnborough Air Show, the deal with Virgin Orbit will allow Spaceport Cornwall, which will be at Cornwall Airport Newquay , to start to secure more companies to operate.

The agreement with Virgin Orbit, which is exclusive to Cornwall in the UK, will see the company launching horizontal planes into the air which then launch rockets and satellites into space.

Spaceport Cornwall said that it would lead to a £1 billion investment by Virgin Orbit and could create up to 480 jobs and bring £25 million into the Cornish economy annually.

The partnership with Virgin could lead to further deals with the company to take on other aspects of its space business, including Virgin Galactic, which could launch space tourism flights from Newquay.

Today’s announcement sees a partnership being made which includes Spaceport Cornwall, Virgin Orbit, Cornwall Council and the Cornwall and Isles of Scilly Local Enterprise Partnership (LEP).

The spaceport will be used to launch satellites into orbit and could send fee-paying passengers on sub-orbital flights
Spaceport director Miles Carden says the agreement has been in the works for four years
He said: “Why would we want to see them launched elsewhere when we can launch them in this country?

“Spaceport Cornwall will deliver 480 jobs with revenue income of £25m in the next 10 years. Those new jobs will be highly skilled and well paid.

“But this is not a Cornwall spaceport, it is a UK spaceport in Cornwall.”

Cornwall Council chief executive Kate Kennally said: “We are pleased that the market has chosen us as the site of this spaceport. The announcement will enable us to have further discussions with the marketplace to capture some of that market here in Cornwall.”

“The Cornwall partnership allows us to grasp important market share, gain instant global launch market credibility and, with the technology already being tested in the US, further lower our risk.”

Mr Carden explained that by securing an agreement with Virgin Orbit Spaceport Cornwall will be able to secure the licenses needed so that launches can be made from Newquay.

He explained that Virgin Orbit uses Boeing 747 aircraft to launch satellites into space and that it would be this technology which would be used.

However he said that as the technology evolves the spaceport would be looking to be able to host that as well.

The Spaceport Cornwall agreement with Virgin Orbit will not mean that there will be buildings going up or for space tourism to start.

However Mr Carden said that the Virgin Orbit deal was the first step for the spaceport and there was no reason why space tourism could not be possible in the future.

Cornwall Council leader Kate Kennally has been involved in the planning, as the council is a partner in the project. He said: “We have got the Virgin Orbit partnership and we are looking at ways to bring their other systems to the UK in the longer term.

“But when you have passengers in a vehicle there are more regulations. We want to wait and see those regulations first and see whether we can bring that to the UK.

“There are a lot of other systems out there as well and we want to see whether we can be a launch for those as well.”

Funding will be required to get the spaceport off the ground but the aim at present is to try to get that investment from central government and commercial operators.

Kate Kennally said that at this stage there was no commitment from Cornwall Council to provide funding but that could change in the future if necessary.

She said: “We see this as a commercial spaceport. We are working on the basis to attract a whole range of commercial operators with very little government subsidy, that is from central government or Cornwall Council.”

She added that Spaceport Cornwall would be carrying out a marketing campaign to get other partners onboard now that Virgin Orbit has signed up.

“We are not going to build a white elephant with a whole load of upfront cost, this will be something that will grow in line with the demands of the market,” she said.Mr Carden addd: “It is not about building something. It is about the launches being made from Cornwall. This is the first stage to get a launch by 2021.”

“There is a massive opportunity there and we want to make sure that Cornwall is at the forefront,” he added.

Mr Duddridge said: “This is not just about the spaceport, it is what it could do for other businesses and for young people as well.”

He said it would set up Cornwall as a global leader in the space industry and would offer new high skilled and high paid jobs in Cornwall.