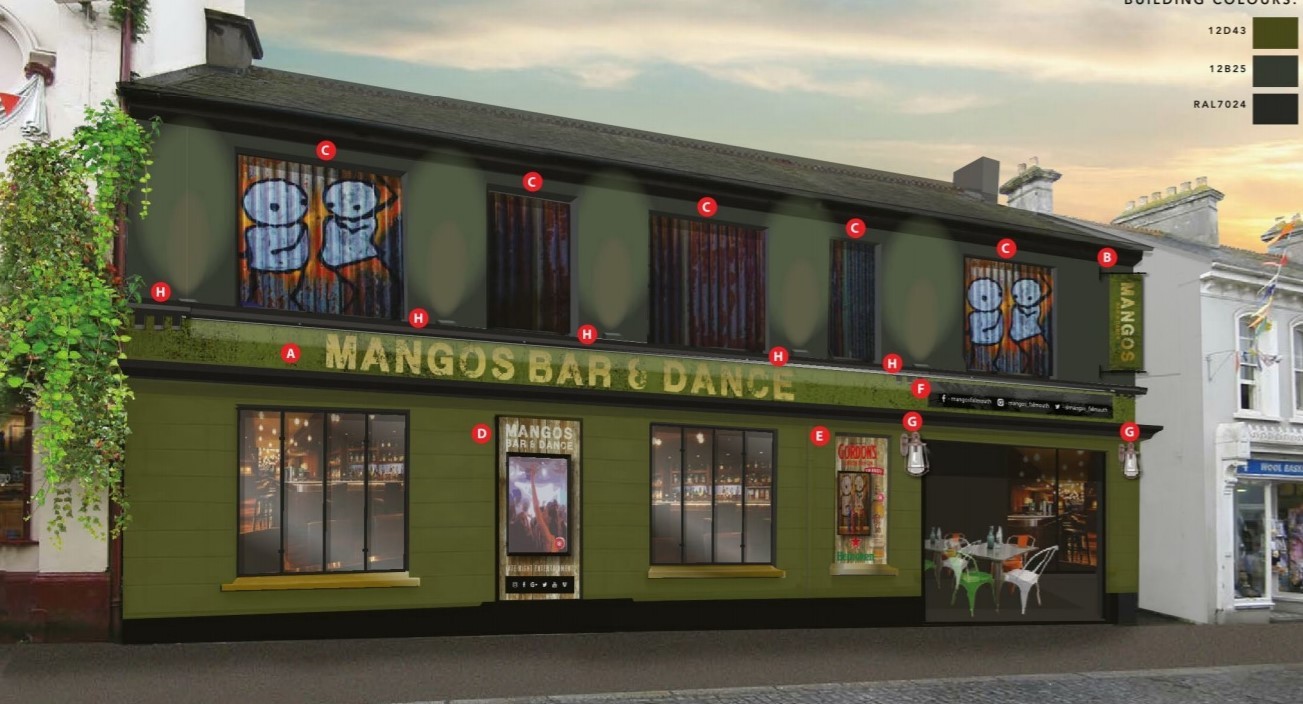 Councillors have reacted in horror to a redesign of the outside of a Falmouth nightclub saying it looked like a bomb site.

Star Bars and Clubs who run Mangos in Church Street have submitted a graffiti redesign of the upper floors of the club.

But the redesign proposal was met with horror by councillors on Falmouth Town Council’s planning committee who described it as ‘appalling’ and ‘dreadful’.

Cllr John Spargo said: “It’s difficult to be polite about this one, it’s just an appalling proposal. Not quite sure what they are trying to do the upper floor but it looks appalling.

“It does not improve the conservation area or have any positive effect on it. I understand they want to advertise there business downstairs but upstairs i don’t know what they think they are doing, it’s awful.

He added: “It looks like Falmouth was bombed last week and this is how they have done a temporary repair.”

Cllr Marcella Morgan said the design did not fit in with Falmouth whatsoever, also describing the top as ‘just awful’ and saying: “It just looks dreadful.”

Councillors recommend refusal as the top floor design was totally unsympathetic to the conservation area.

The chairman of Cornwall Council has been accused of not considering the housing emergency in Cornwall to be “urgent” after she refused to allow a motion on the subject to be discussed by councillors. Falmouth Packet | News …