The off-duty coastguard who was forced to spring into action over the weekend after finding an unresponsive teenager in Helston has now been identified.

Earlier in the week the Packet revealed how a Porthoustock Coastguard Rescue Team member had been with his daughter at the boating lake at Coronation Park on Saturday when he noticed a teenager that appeared to be unwell, surrounded by other teenagers.

Now the Packet can reveal that the coastguard involved was Trevalee Sykes.

Trevalee, who lives in St Keverne, was with his daughter Poppy at the time of the incident. 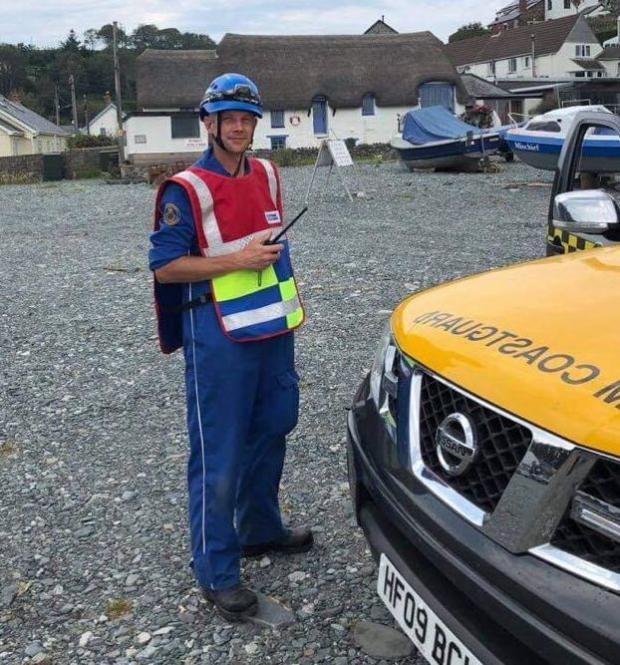 The Porthoustock coastguard involved in the rescue was Trevalee Sykes

Thankfully he was able to put his first aiding training, from his years as a former firefighter and now coastguard, into good use.

Speaking about the incident afterwards, a Porthoustock team spokesperson said: “After asking a few questions it was established that the teen was very intoxicated but still responding to questions and trying to drink water.

“Because the team member had his young child with him alone, he decided to advise the people with [the teenager] to watch him carefully, and moved away to a safe distance.”

Read next: Community rallies together with DIY SOS project for Helston couple

Concerned for the teenager’s safety, however, Trevalee called 999 for the police and monitored the situation from a safe distance to wait their arrival.

However, the Porthoustock spokesperson added: “Before the arrival of the police, friends tried to move him.

“However he vomited and his friend let him go, when he fell and banged his head on the floor, becoming unresponsive.

“At this point our team member returned with another member of public to assist in maintaining an airway, whilst he was unresponsive and continuing to vomit.”

With the police arriving shortly afterwards, and an ambulance en route called by other members of the public, Trevalee was able to stand down.

“The team member would like to thank the lady from a family group for her assistance, and to the rest of the family and the children for watching his daughter and keeping her entertained,” added the Porthoustock spokesperson.