The owner of what was a soon-to-be open kebab shop in Falmouth has said he’s now scared to open the business after receiving “threatening” phone calls and having two windows for the premises smashed.

Devon and Cornwall Police have confirmed that they were alerted to reports of threatening behaviour at a business on Killigrew Street in Falmouth at around 9.20am on Thursday (February 11).

Officers attended and discovered the windows of the shop had been damaged.

Ahmed said he was told by the caller that he wasn’t welcome to open his business in Falmouth, and was threatened with consequences if he did. 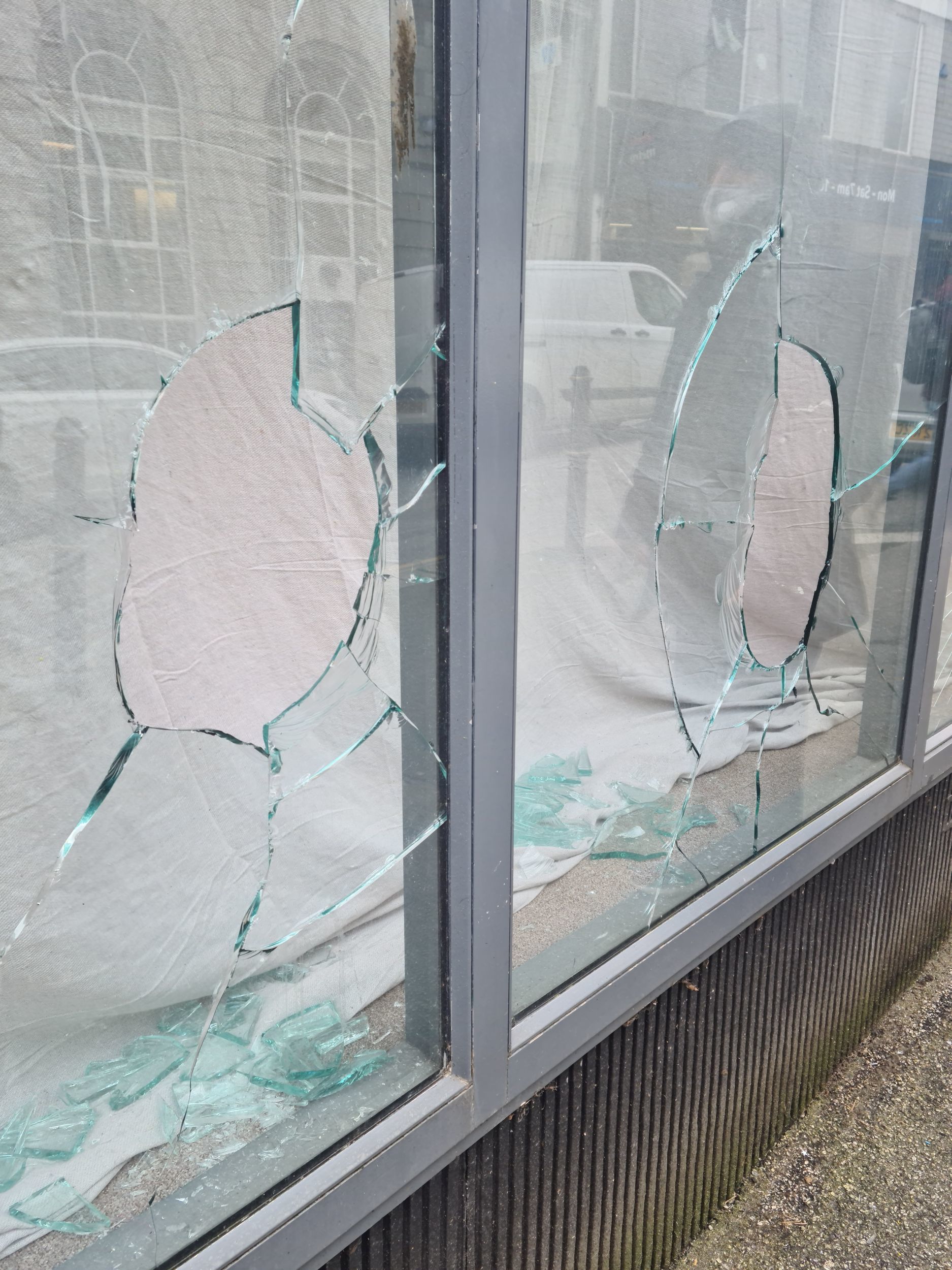 The smashed windows of the new kebab shop in Killigrew Street

Falmouth Yummy Kebabs was due to open mid-March. However, is now Ahmed unsure whether he’ll be able to open at all now, given what he is currently experiencing.

“I’m trying to help the economy; I don’t know why someone would want to stop me opening a business here.”

Currently living in Redruth, he also claims that he is having second thoughts about moving in to the flat above his shop.

Ahmed also claimed that he has seen cars driving slowly past the shop as if to scope it out.

Speaking to The Packet on Thursday, Ahmed’s message to both the police and local authorities was simply: “Save us, please.

“This is my first business venture and Falmouth seemed like such an ideal place to set up shop.

“No one wants to open a business when this sort of thing seems to go unnoticed.”

Enquiries are ongoing. Anyone with information is asked to contact police on 101 or email via 101@dc.police.uk quoting crime reference number CR/010895/21.