Perranporth has officially become the second place in Cornwall and the fifth place in the whole of the UK to have achieved the Plastic Free Coastline status.
Surfers Against Sewage (SAS) which is responsible for the scheme that encourages communities to ditch single use plastics, confirmed that the north coast town had fulfilled all of the criteria necessary to gain the title.
It took the tourist h

ot spot, which boasts a beach that is three-miles-long, just under two months to reach its plastic free goal.
Lizzi Larbalestier, who is the Perranporth Plastic Free Coastline leader, said that it was an initiative the whole town got behind.
Speaking to Cornwall Live, who launched a Plastic Free Cornwall campaign with SAS on February 1, she said: “The campaign to get Perranporth Plastic Free started in early December, not long after the SAS launched it. It’s been almost two months and we have achieved Plastic Free status.
“We have four businesses on board at the moment; The Watering Hole, Willow Bistro, Penhale Sands Holiday Park and the Seiners Arms. We’ve also got Co-Op coming on board any minute now, which is fantastic news and we are looking for more businesses to get involved.
“All of the business and the whole community in Perranporth has been so receptive to this idea and everyone is really excited about all of the new prospects and opportunities.” 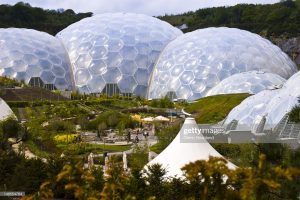