The Home Secretary has described an attack that left a police officer in Newquay with “life changing injuries” this morning as “truly appalling.”

Priti Patel has commented on the incident that has led to an attempted murder investigation being launched.

She tweeted: “A truly appalling and unacceptable incident.

“My thoughts are with this brave officer and his loved ones at this time.”

It is as more details emerge of what happened in the incident that left with officer with severe burns to his arms and legs.

Chief Superintendent Ian Drummond-Smith of Devon and Cornwall Police told the BBC that officers had been called after a man who was living in a field without permission refused to leave when asked by bailiffs.

What happened subsequently resulted in one officer being airlifted to hospital with what have been described as life changing injuries.

Chf Supt Drummond-Smith went on to add that members of the public and the bailiffs helped in the aftermath and said that the officer sustained some minor burns and some significant, but to the best of his knowledge the officer’s face was not burnt.

And SWNS has quoted him as saying: “We would like to thank the public on the scene who assisted in a swift response in assisting the officers there, the fire service, and the ambulance service including Cornwall Air Ambulance who turned up very quickly to assist us.

Read next: Coronavirus in Cornwall round up: Friday, September 11 – first hospital death since July 2

“I’d personally like to thank and commend my officers who turned up in great numbers from all over the county very quickly and without a doubt some of their actions saved the injured officers life.

“The injured officer is a Newquay officer and a very well known and well respected officer from the town, a 51-year-old male who’s been a police officer for 18 years and is a veteran of the British army.

“He has sustained significant injuries, but I am pleased to say it’s not life threatening. He is conscious and sat up in his bed and talking to us on the telephone. He’s in good spirits.” 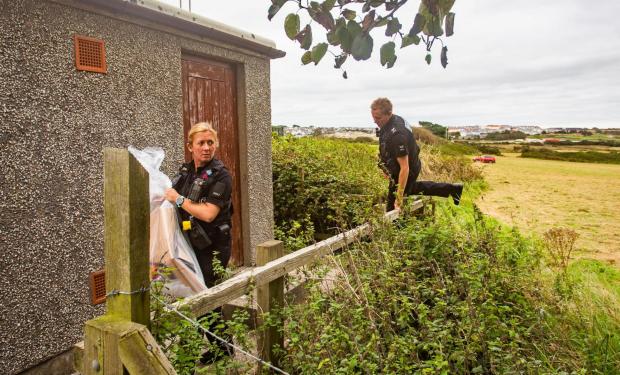 Police attended a field off of Trevenson Road in Newquay. Photo: SWNS

A police spokesperson said earlier: “Police were called to Trevenson road, Newquay at around 10.20am today following reports of a male behaving aggressively.

“Whilst at the scene an officer has been assaulted and sustained a number of burns to his arms and legs.

“The officer has severe injuries but they are not currently believed to be life-threatening.

“He has been taken to Treliske Hospital by air ambulance and his next of kin have been informed.”

A 30-year-old man from Newquay has since been arrested on suspicion of attempted murder of a police officer.

Chf Supt Drummond-Smith tweeted about what happened afterwards, describing it as a “very serious incident” and adding: “My thoughts are with our officer.”

He described the injuries sustained by the police officer as “life changing.” 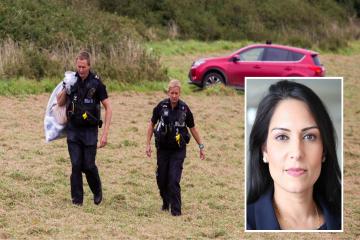