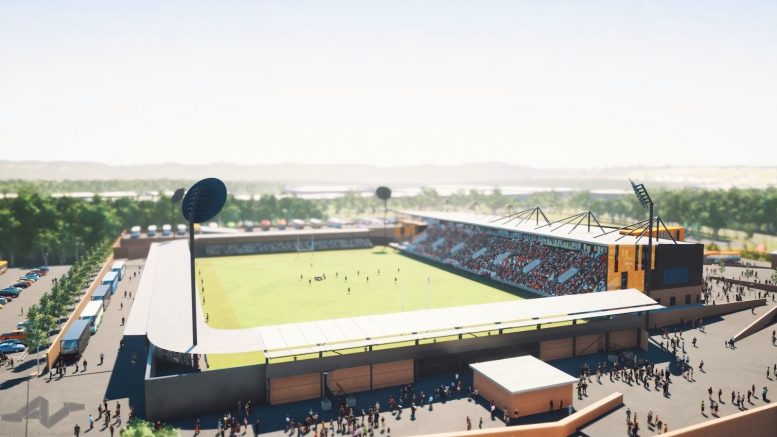 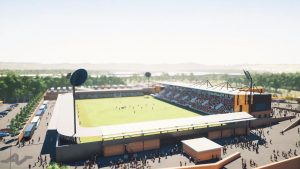 Stadium for Cornwall will deliver more benefits to county

A special briefing was held on Thursday to give councillors more information and the chance to pose questions to those behind the stadium before they make a decision on whether the provide £3million to the project.

The stadium, which is planned for a site near Threemilestone outside Truro, has been a long term ambition. It would provide a home for the Cornish Pirates, Truro City Football Club and facilities for Truro and Penwith College.

It was originally intended that the stadium, which in its first phase will have a 6,000 capacity, would be financed through the partners and through a retail development planned close to the site.

However the retail development has stalled and so the partners approached Cornwall Council earlier this year and asked for £6m of public money to reach the £14m needed to build the stadium.

Cornwall Council officers have suggested that the authority could provide half of the funding with the rest provided from central government, fulfilling a promise made by former Prime Minister David Cameron that the government would step in if required.

On Tuesday all 123 members of Cornwall Council will meet at County Hall and decide whether the council should provide the £3m for the project.

At the briefing this afternoon councillors heard from Mike Thomas of Cornwall Sports Partnership and Kim Conchie, chief executive of Cornwall Chamber of Commerce, who outlined why they support the stadium.

Mr Conchie said that the stadium provided an opportunity for Cornwall and said that the chamber and its members were in support. He said it would provide facilities which don’t currently exist in Cornwall.

He added: “If Cornwall misses this opportunity to demonstrate our vision for the future we will be kicking ourselves in a few years’ time and not a ball.”

Mr Thomas said that the stadium would provide clear benefits for the health and wellbeing of people in Cornwall and highlighted that outreach programmes would aim to work with 120 schools across Cornwall and get 3,000 more young people active.

He said that the total health and wellbeing benefits of the stadium could be worth an estimated £27m to public services in Cornwall.

Nigel Blackler, from Cornwall Council, who has been working on the stadium project for the council since the beginning of the year, highlighted that it was not unusual for local authorities to get involved with stadiums.

Mr Blackler told councillors that the stadium proposals as they were now were far different and much better than they were in 2012 when they had previously been detailed.

Falmouth Town and Helston Athletic will go head-to-head for the fourth time already this season as they two have been drawn against each other in the First Round Proper of the FA Vase. Falmouth Packet | News …

Move over Spice Girls, there’s a new girl group in town – and they come with history. Falmouth Packet | News …