A surfer has defended criticism after making a 600-mile round trip to Cornwall during lockdown to catch Britain’s biggest wave – dubbed the ‘Widow-Maker’.

Jeff Scott drove 300 miles from his home in Sussex and back again to surf the infamous Cribbar wave Newquay.

But his actions have been met with widespread criticism from locals who described his actions as “disgusting” while only essential travel was allowed during lockdown.

Jeff said he was “sorry” for any upset but justified his actions as he described it as an “unmissable wave.”

Legendary surf spot the Cribbar breaks only when the swell, wind and tide conditions are right.

It hits the UK coastline just a handful of times a year and is famed for its ferocity and power.

The phenomenon is actually a short series of waves known as “The Widow Maker” and “The Bone Cruncher” because of the extreme danger of riding them.

Devon and Cornwall Police said it was now making enquiries to see if any enforcement action is necessary.

Inspector Guy Blackford said: “We were made aware of reports that a person may have driven from out of the force area to Newquay to surf.

“An officer is now making enquires to see whether any restrictions were broken and what enforcement action is required.

“It was slightly disappointing to see so many people out walking in the same place, clearly attracted by the lure of watching surfers on the big waves.

“Unfortunately this also caused issues with parking in the surrounding area as well.

“The police are not here to determine how people take their form of daily exercise but we would ask that people stick to the spirit of the rules and remember why they are in place.” 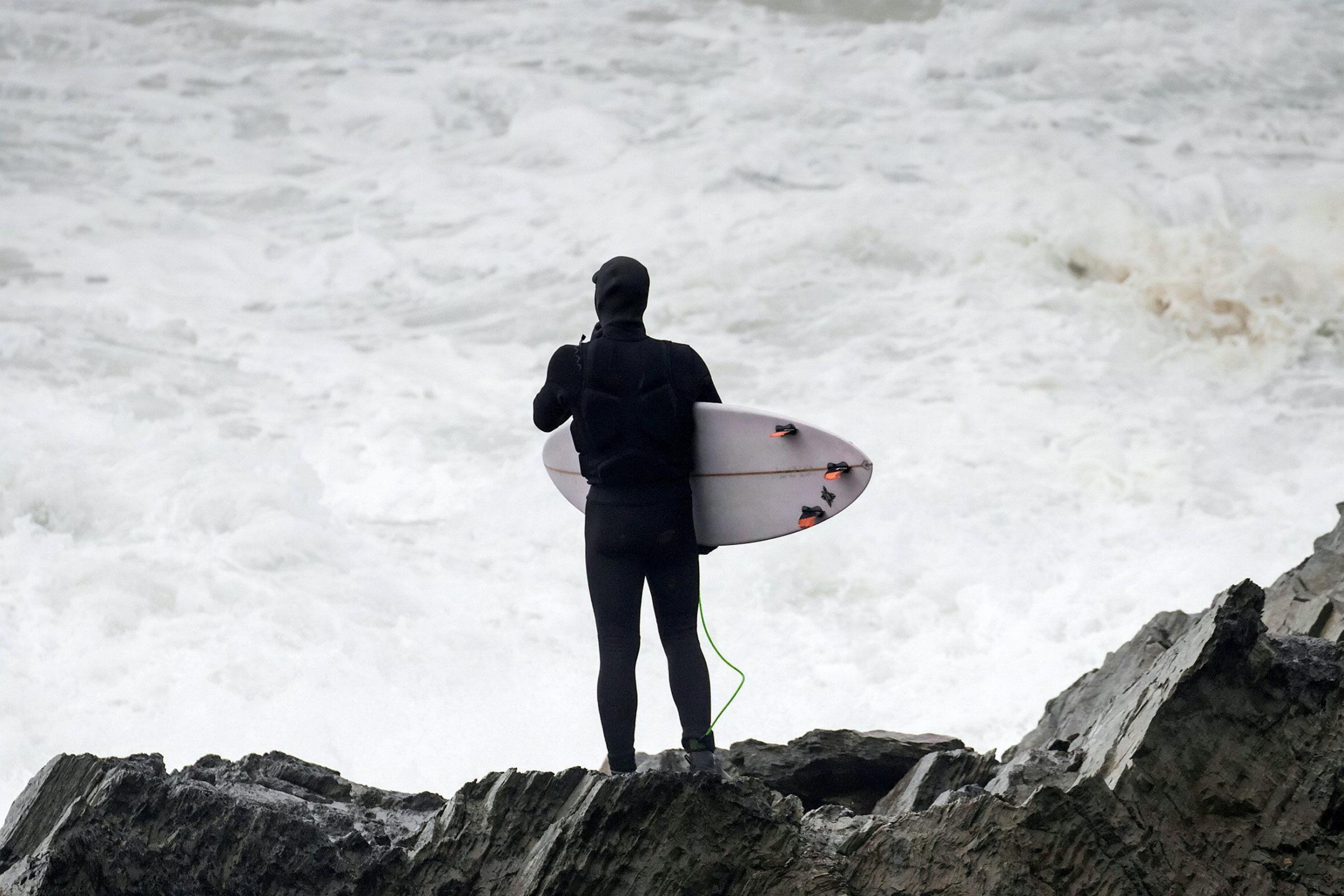 Jeff, of Eastbourne, said he would justify his actions if cops were to speak to him.

He claims he filled up with fuel prior to travelling and took his own food so he didn’t need to stop in a shop.

In a statement he said: “I did everything to minimise the impact and mitigate any risks.

“The Cribbar is my local big wave and if I could have surfed it at home I would have.

“I’m happy to speak to police as I took every legal and moral provision.”

Jeff said he apologised to anyone who “took offence” but added: “This was simply a one-off unmissable opportunity.”

The Cribbar is created when low pressure systems in the Atlantic trigger huge swells which rise up as they pass over a rocky shelf called the Cribbar Reef off Newquay.

When the conditions are so, the perfect wave breaks over the reef.

One person wrote on Facebook: “Disgusting. And here I am not even travelling any further than five miles from my door on my days off from spending eight hour shifts wearing PPE,seeing more and more Covid patients coming through the hospital doors.”

Another person added: “If they don’t take action they will get a LOT of people driving down to surf. Including me.

“We’re all desperate to surf but are following the rules.”

And a third said: “This will set a precedent. A 300 mile trip to a beach to surf and no fine? Okay, if I want to drive ten miles to a beach and I get stopped, guess what I’m citing.”