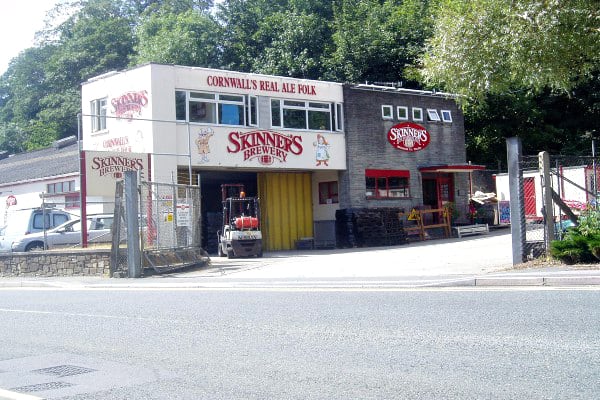 Skinner’s is a British brewery founded in 1997 by Steve and Sarah Skinner in Cornwall, Cornwall, England, UK. The company produces cask ales and bottled beers, the names of which often come from Cornish folklore. Several recent ales have a connection to surfing culture, such as Skin Dog Cornish lager, which is named after the owner’s son, Ben “Skindog” Skinner who is a surfer.

Several beers have won Campaign for Real Ale (CAMRA) and SIBA awards. The company’s pub, the Skinner’s Ale House in Newquay, was sold, and is now called Leadbelly’s. Skinner's new pub, “The Old Ale House” in Cornwall, serves their own ales, regular guest beers and ciders, and bar meals. They run tours of their brewery for individuals or groups. The company sponsors the Skinner’s Brewery Cornwall Cup. In 2010/11 the company closed two of its sites at Chacewater and Devoran after purchasing a 10,000 square feet site next to its headquarters for storage and distribution.