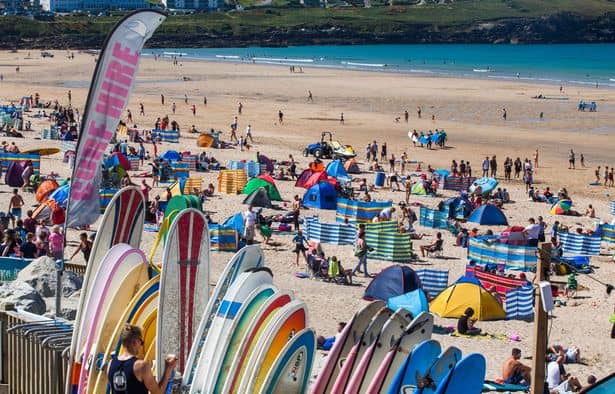 Hottest UK summer for five years predicted as the next three months due to be warmer than usual.

Beaches and parks across the country have been packed. 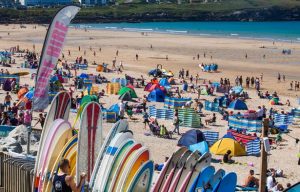 It appears we could be in for one of the hottest summers in five years with the bank holiday heatwave also set to see temperatures set to soar on Monday.

Up and down the country, beaches and parks have been packed with sun worshippers and if forecasters are right, it could become a regular scene with the next three months due to be warmer than usual.

Temperatures rose to around 25C on Sunday and Monday is due to be even hotter with the mercury rising to around 28C in some places, The Mirror has reported .

Brits flocked to the coast to cool off and enjoy the dry and sunny weather – with thousands cramming beaches in beauty spots including Brighton and Bournemouth.

London’s parks – including King George Park in Wandsworth – were filled with sunCornwallers as people made the most of the sunshine while it lasts.

It was perfect weather for anyone taking part in outdoor events – such as the Tour de Yorkshire or the Canalway Cavalcade narrowboat festival in Little Venice in London – or just wanting to relax.

The temperature soared after a chilly start to the day. In Santon Downham, Suffolk, for example, the mercury jumped more than 17 degrees in just four hours – from 2C at 6am to 19.6C at 10am, the Met Office said.

Temperatures will remain in the mid to high 20s in the warmest regions through Tuesday before they dip back into the mid to high teens with the return of rain by next weekend.

Scotland, meanwhile, is set for its hottest summer since 2013 with forecasters predicting spells of 27C heat in the months ahead.

But there will be times when the sunshine is broken by cooler and wetter spells.