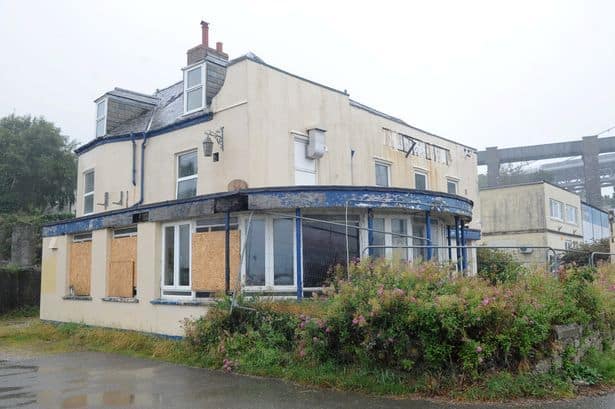 The Waterside Pub, in Saltash, could be brought back to life.

A pub which has been left to fall into disrepair in Cornwall and has been called a ‘disgrace’ by locals and could be bought by the town council.

The Waterside Pub, in Saltash, has rapidly deteriorated over the past ten years, urging Cornwall Council to order the owners to improve the state of the property. 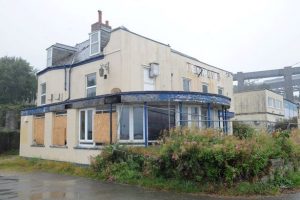 But it is now said that they have failed to do so and the town council has started the process of obtaining the property via a compulsory purchase order (CPO).

According to Saltash residents, The Waterside Pub is rat-infested, attracts unruly behaviour and is a potential fire hazard.

Locals claim that it is attracting rats and anti-social behaviour
But Cornwall Council issued the owners with an order last summer, the Plymouth Herald reports.

The Section 215 Notice was handed to owners in August and set out steps that needed to be taken and the time within which they should have been carried out.

But in the six month time period the owners failed to meet any of the conditions.

Cornwall Council is investigating the matter and the owners could face legal action.

“The works should have been carried out by February 8, 2018.

“Failure to comply with a Notice under Section 215 of the Act is a criminal offence.

“As the matter is currently under investigation, no further comments can be made at this stage.”

If granted by Cornwall Council, will enable the town council to obtain the property without the owners’ consent.

The mayor elect of Saltash, Cllr John Brady, said: “On April 5, we were informed by the town clerk that the CPO process has started.

“I’m hopeful that the owners will do something but if not we will pursue the CPO.

“It will be very exciting when it’s finished. We would like it looking really nice.”

Saltash Town Council could buy it to bring it back to life
In July last year, former pub barman, Jim Thompson, who lives 30 yards away from the pub, raised his concerns about the state of the property.

He said: “There are rats in there, it’s dangerous. Knock it down, it’s a pub that is finished.”

Councillor Richard Bickford said: “As a town councillor I am increasingly concerned about the state of the building. It is already a dangerous derelict site, and the owners should be made to make it safe.”

READ MORE
Made up names and a flipped ticket – what happened when BBC Spotlight reporter David George was taken to court over a parking fine
Cllr Derek Holley also expressed his concern and said the appearance of the pub, which is situated close to popular youth club Livewire, was a “disgrace”.

In July, Livewire manager, Andy Rance said: “The building is completely unsafe and unsecure. I worry about debris falling off the building.”

The owners of the pub have been approached for comment.

Chart-topping popstar to play in Cornwall